Five years ago, GNOME 3’s immaturity was one of the reasons for me to switch to a Mac. After finished watching two seasons of Mr. Robot, I somehow missed it. With my AWS/GCP bills going up quite a bit recently, I quickly decided to invest a little and build a PC to retry the Linux desktop environment, also, to tackle some personal machine learning projects.

Here is my PCPartPicker part list for the parts of choice. It mostly comes from a blog post only with slight modifications that fit my needs (such as the 32 GB memory). Do a random search, and you will be able to find such posts with recommended parts — they will be good starting points. We will also know what are the popular choices on the market in general and be able to avoid glaring mistakes. 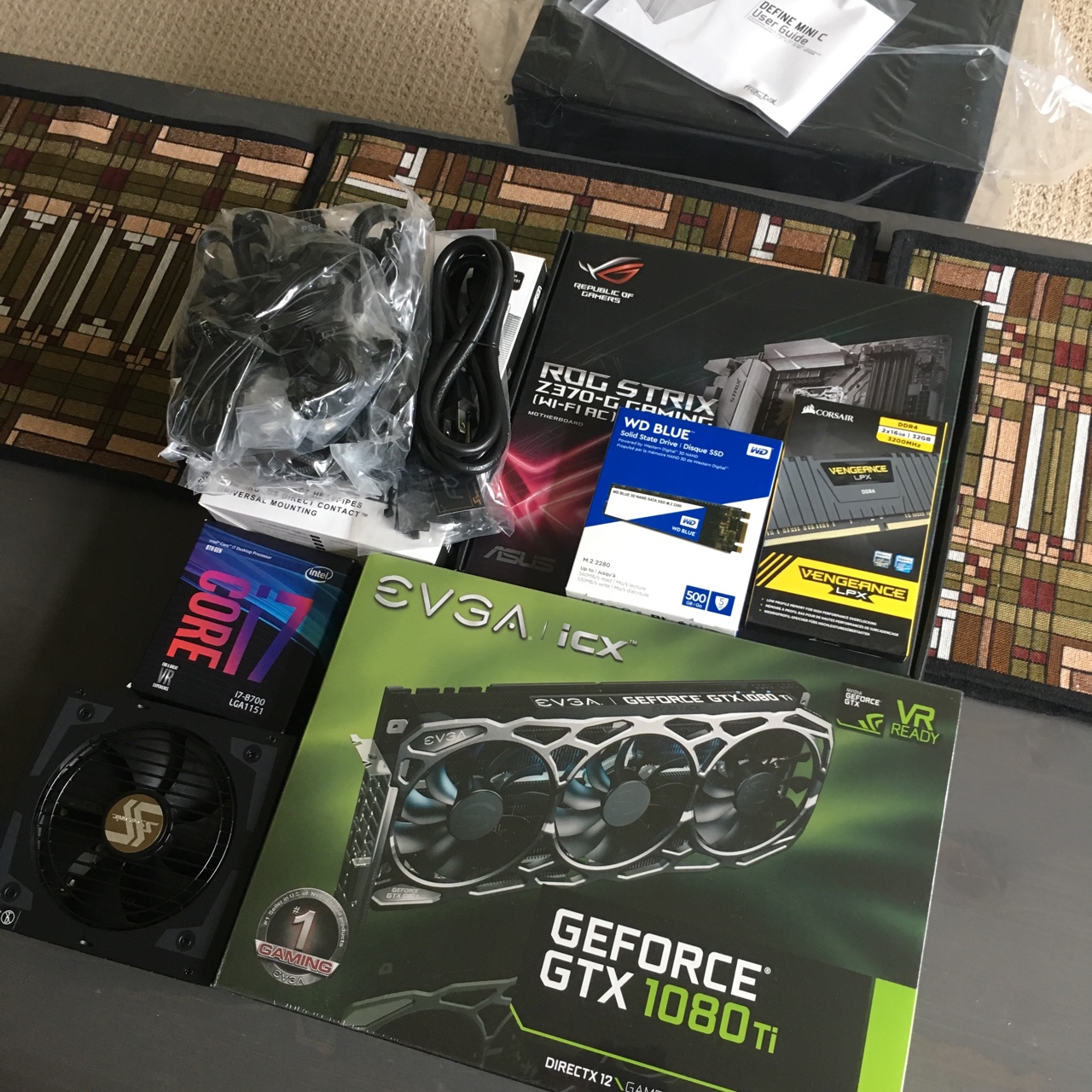 This is all the parts needed.

This will be a machine pretty much built around the GPU, which costs about half of the price. Therefore our goal here is to optimize around the GPU. Some personal notes:

Let’s Build It Up

It took me about four hours to build it up, nothing too challenging. In principle, all we need to do is connecting things like this: power supply <> wires <> motherboard <> wires/slots <> CPU/RAM/GPU/SSD. For overall steps, here is a video tutorial on how to build a PC in 2018. Read the manual or search for videos about specific parts when confused.

For the Linux distribution, I personally like Arch Linux since AUR is so good (think Homebrew on Linux but can install anything with easy user contributions). While for this machine I don’t want to use too much time on upgrading the bleeding edge kernels — it just needs to work. Thus a stock Ubuntu 18.04 LTS was spinelessly installed. It’s a good thing that Canonical finally dropped Unity and embraced the native GNOME Shell in 18.04.

To set up the environment for deep learning, people generally recommend installing certain versions of software since the latest versions may not work properly. I followed this post to install the GPU driver, and this post for CUDA and cuDNN. For Tensorflow, simply follow the official installation guide. It should be done in 20 minutes if everything goes well.

I’m just surprised that after all these years Nvidia’s proprietary GPU driver and computing SDK are still tricky to play with, and developers have to be locked-in by old versions.

First of all, myth busted: the 1080 Ti can run minesweeper effortlessly.

Running GNOME Mines smoothly. The machine did restart itself once for no obvious reasons after the proprietary GPU driver was installed.

Back to the topic… Here is some R code for fitting a “wide and deep” classification model with Tensorflow and Tensorflow Estimators API. The model is fundamentally a direct combination of a linear model and a DNN model. The synthetic data has 1 million observations, 100 features (20 being useful) and is generated by my R package msaenet.

The training takes about 60 seconds on the GPU and 50 seconds on the CPU with identical results. For this particular case, the CPU is not bad at all! GPU should have a significant edge for training more complex neural nets for vision or language tasks though.

Here is the GitHub repo for the R code.